Admittedly, it’s been a while since I’ve written a ‘creative campaigns’ post (mostly for reasons I divulged recently in a tweet thread). I must do better!

This doesn’t mean though, that I haven’t been taking note. I often give the stunts I come across a quote tweet with comments along the lines of ‘smashing’ ‘love this’ ‘awesome’… You get the gist. So just because I’m not talking about them as frequently, it doesn’t mean I don’t still appreciate them.

I’m currently working through getting my blog firmly back on track, but right now I couldn’t not speak about this amazing campaign I came across on Twitter today. The brainchild of PR superstars Taylor Herring…

There are over 12,000 bulbs that decorate the front of the London-based retailer: Harrods. One of the many things it’s famous for.

The way the shop lights up over Christmas is already an attraction in itself. Many (and yes, including myself) can’t resist a good old insta’ pic of the storefront when it’s lit up in all its glory. Essentially, the way Harrods decorates itself over the festive period helps it to market itself… But can you capitalise on that?

It seems you certainly can, with Taylor Herring releasing a wonderfully quirky and creative campaign today which saw them taking to the streets of London and letting punters control the lights. (With what looks like some very complicated technology that I could never hope to understand).

What if punters could control the lights…

The 1-minute video is enough to make you feel completely festive and totally amused. From the cute ‘Hello Mum’ message to the rather unpredictable ‘f*ck sprouts*. Being able to write, well pretty much whatever you like, across the face of Harrods is pretty much a once in a lifetime thing to do and something certainly worth shouting about. Which of course, is what makes this neat little campaign so brilliant.

Social media really is the make-it or break-it of your marketing. Across platforms such as Twitter, Facebook and Instagram, there are an estimated 2.8 billion users. Get your social media marketing bang on, and that’s a lot of people who can potentially be exposed to your brand.

One of the reasons why I love this campaign so much is because it really does do its own legwork. You don’t need to persuade somebody to share their experience. You’ve just said hi to your Mum on the face of Harrods, of course, that’s going on the ‘gram.

Organic social virality really is one of the best forms of marketing you could ever hope for.

The Campaign That Gives You More

Most of those that make it to the ‘creative campaigns’ section on my blog earn their place because they’re so much more than just your simple marketing stunt. Generating backlinks has always been a big one for me (that’s my digital PR brain talking), but something else I really admire is when a campaign exceeds it’s value of publicity and actually goes on to generate footfall. A bit like the free costa campaign.

Now there’s no real way of knowing whether being able to control Harrods’ lights actually meant that there were an influx of people visiting the store. But let’s face it, if you don’t live in central London, can you ever truly walk past Harrods and not go in for a little snoop around? Especially at this time of year.

The beauty of this campaign being totally shareable on social media is that it’d have encouraged more to head down to Harrods to get the experience for themselves. Thus not only increasing footfall, but also heightening exposure on social media once more. It’s like a wheel that just keeps on turning. 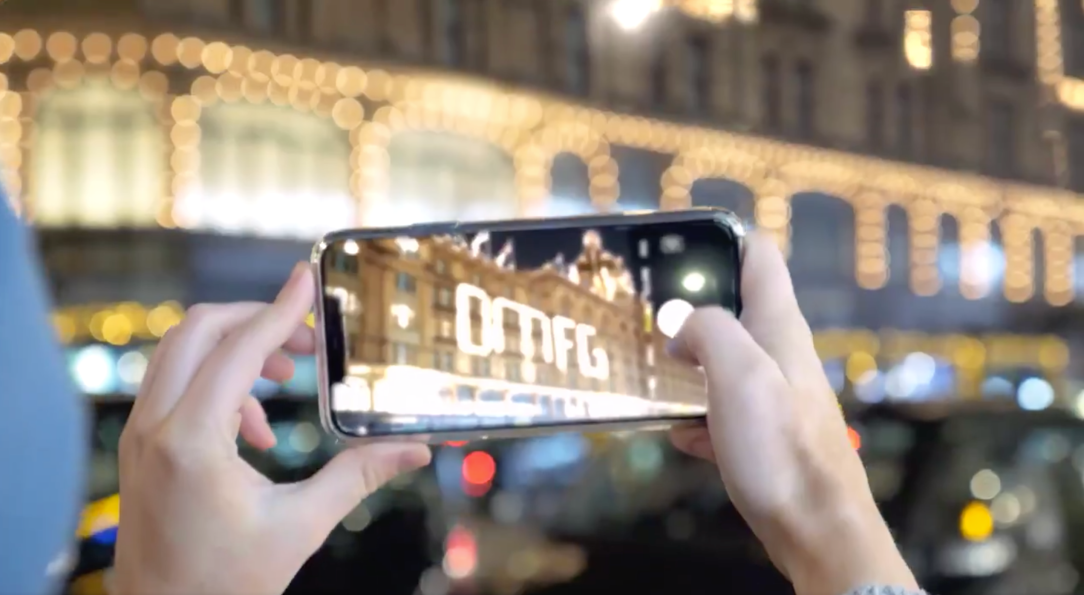 I know an endorsement from little old me isn’t much worth shouting about… But I really love this one, and Taylor Herring should be real proud of themselves! What do you think? Let me know your thoughts in the comments below, or tweet me!